GAI Consultants is the anchor tenant and leases 65,000 square feet in the building, which is located at 618 East South Street in the South Eola District of downtown Orlando. The company moved into its new Orlando headquarters in March 2011 and will eventually employ over 200 professionals. Regus opened its downtown location in December 2011 and occupies 13,000 square feet. Other tenants include CNS Healthcare and The Orlando Family Firm. Baker Barrios Architects designed the GAI Building and Brasfield & Gorrie was the general contractor. 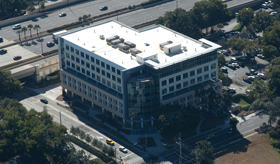 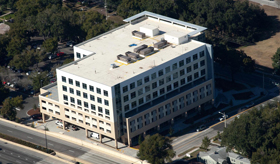 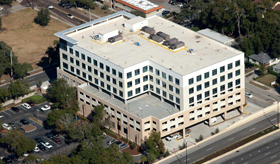